The history of Canada covers the period from the arrival of the Paleo-Indians thousands of years ago to the present day. Prior to European colonization, the lands encompassing present-day Canada were inhabited for millennia by Indigenous peoples, with distinct trade networks, spiritual beliefs, and styles of social organization. Some of these older civilizations had long faded by the time of the first European arrivals and have been discovered through archeological investigations. From the late 15th century, French and British expeditions explored, colonized, and fought over various places within North America in what constitutes present-day Canada. The colony of New France was claimed in 1534 with permanent settlements beginning in 1608. France ceded nearly all its North American possessions to the United Kingdom in 1763 after the French defeat in the Seven Years' War. The now British Province of Quebec was divided into Upper and Lower Canada in 1791 and reunified in 1841. In 1867, the Province of Canada was joined with two other British colonies of New Brunswick and Nova Scotia through Confederation, forming a self-governing entity named Canada. The new country expanded by incorporating other parts of British North America, finishing with Newfoundland and Labrador in 1949.Although responsible government had existed in Canada since 1848, Britain continued to set its foreign and defense policies until the end of the First World War. The passing of the Statute of Westminster in 1931 recognized that Canada had become co-equal with the United Kingdom. After the Constitution was patriated in 1982, the final vestiges of legal dependence on the British parliament were removed. Canada currently consists of ten provinces and three territories and is a parliamentary democracy and a constitutional monarchy with Queen Elizabeth II as its head of state. Over centuries, elements of Indigenous, French, British and more recent immigrant customs have combined to form a Canadian culture that has also been strongly influenced by it’s linguistic, geographic and economic neighbor, the United States. Since the conclusion of the Second World War, Canadians have supported multilateralism abroad and socioeconomic development.

The culture of Canada embodies the artistic, culinary, literary, humour, musical, political and social elements that are representative of Canada and Canadians. Throughout Canada's history, its culture has been influenced by European culture and traditions, mostly by the British and French, and by its own indigenous cultures. Over time, elements of the cultures of Canada's immigrant populations have become incorporated to form a Canadian cultural mosaic

Summers are warm and humid. High temperatures in summer are around 79°F and in winter 32°F. It rains on average 7 days a month year-round. The climate of Canada is varied, and there will be big differences in weather on any given day from one part of the country to another.

The economy of Canada is a highly developed market economy. It is the 10th largest GDP by nominal and 16th largest GDP by PPP in the world. As with other developed nations, the country's economy is dominated by the service industry which employs about three quarters of Canadians. Canada has the third highest total estimated value of natural resources, valued at US$33.2 trillion in 2019. It has the world's third largest proven petroleum reserves and is the fourth largest exporter of petroleum. It is also the fourth largest exporter of natural gas. Canada is considered an "energy superpower" due to its abundant natural resources and a small population of 37 million inhabitants relative to its land area. According to the Corruption Perceptions Index, Canada is one of the least corrupt countries in the world and is one of the world's top ten trading nations, with a highly globalized economy. The country's average household disposable income per capita is "well above" the OECD average. The Toronto Stock Exchange is the ninth-largest stock exchange in the world by market capitalization, listing over 1,500 companies with a combined market capitalization of over US$2 trillion. In 2018, Canadian trade in goods and services reached CA$1.5 trillion. Canada's exports total over CA$585 billion, while its imported goods were worth over CA$607 billion, of which approximately CA$391 billion originated from the United States, CA$216 billion from non-U.S. sources. In 2018, Canada had a trade deficit in goods of CA$22 billion and a trade deficit in services of CA$25 billion. Canada is unusual among developed countries in the importance of the primary sector, with the logging and oil industries being two of Canada's most important. Canada also has a sizable manufacturing sector, based in Central Canada, with the automobile industry and aircraft industry being especially important. With the world's longest coastline, Canada has the 8th largest commercial fishing and seafood industry in the world. Canada is one of the global leaders of the entertainment software industry. It is a member of the APEC, G7, G20, OECD and WTO, and was formerly a member of NAFTA until the USMCA came into force in 2020. 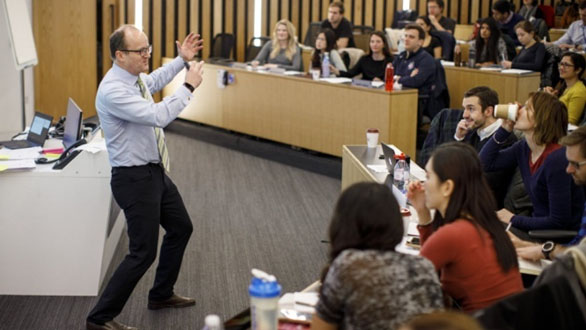 Canada’s high academic standards and quality controls mean that you’ll be earning a high-quality education that will open doors for your future and benefit your career over the long term. A Canadian degree, diploma or certificate is globally recognized as being equivalent to those obtained from the Commonwealth countries. 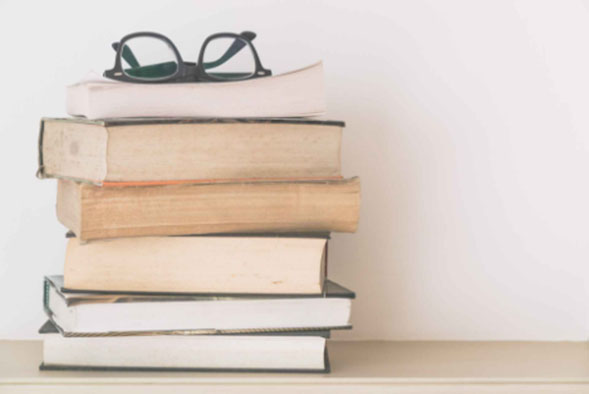 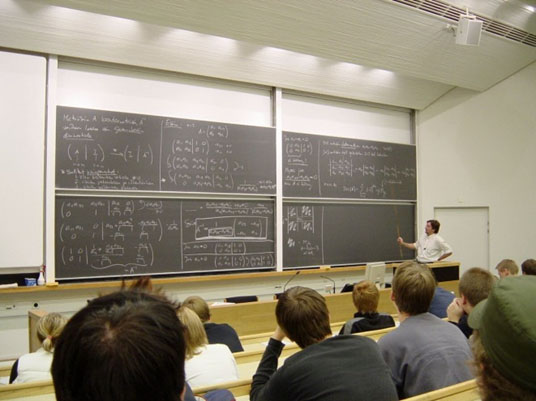 Tuition fee in Canada, when compared to universities in the US and UK, is fairly cheaper. And when considering the return on investment, it is quite a viable option for Bangladeshi students. You can also apply to a range of scholarships to cut down on your educational expenses. 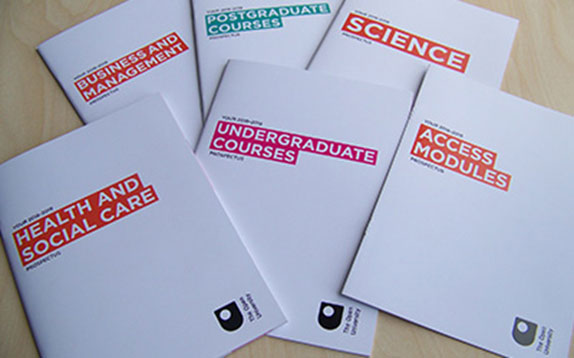 In Canada, you’ll find extremely warm and welcoming people who come from varied ethnic groups with different cultures and lifestyle. The multicultural environment in Canada promotes friendliness and peaceful living like no other country. In fact, you will find a lot of Bangladeshi studying, working and living here. You can also experience festivals and rituals such as:
The Montreal International Jazz Festival
Calgary Stampede
NHL Hockey
Experience “Poutine Week” – The blend of French fries, delicious gravy and cheese curd. Just for Laughs comedy Festival in Montreal 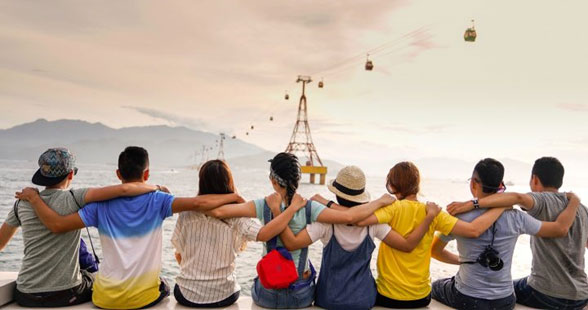 Canada has been consistently ranked as one of the safest nations in the world. In 2018, the Global Peace Index*, listed Canada as the sixth peaceful country across the globe. As international student, you’ll enjoy the same rights as any other Canadian.

Canada’s post-secondary campuses aren’t only wired with the latest in sophisticated technology, but countless other modern amenities as well. From Olympic-quality sports facilities to public concert halls and art galleries, Canada’s post-secondary campuses offer you enormous possibilities for learning and leisure. Plus, you’ll have incredible opportunities to meet like-minded individuals and gain valuable experience through student-run governments, radio, newspapers and businesses. 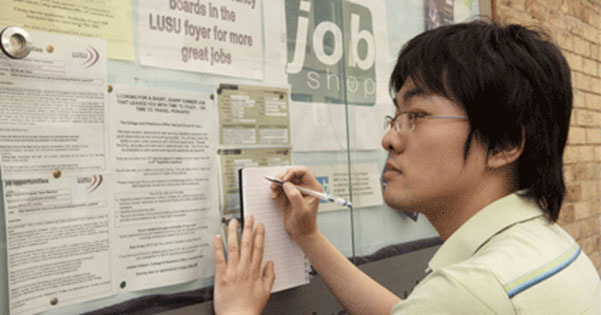 Canada’s Post-Graduation Work Permit Program (PWPP) allows students to stay and work in Canada for up to three years after completion of their graduation. You can gain some international work experience and apply for permanent residency later on. 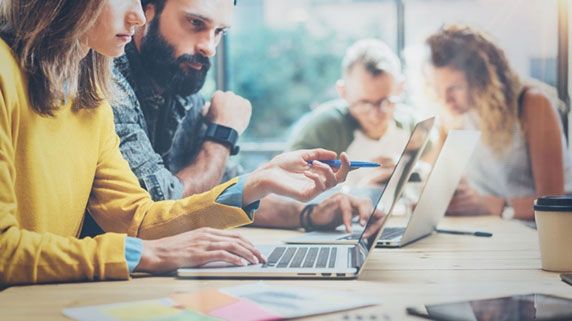 Gain valuable work experience and supplement your spending allowance with part-time student jobs for international students. While you must supply sufficient evidence that you can pay for your tuition and living expenses before you arrive in Canada, there are a number of work permit programs for international students and their spouses/common law partners that make working in Canada possible. Working in Canada can go a long way towards helping you establish business contacts for the future and can even help you immigrate after graduation.

The Co-op/Internship Work Permit Program is available to international students whose intended employment is an essential part of their program of study in Canada as certified by their Canadian academic institution. The work portion of this program can form up to 50 percent of the program of study.

International students who hold valid study permits and who are studying full time at eligible Canadian public and private universities or colleges may also be eligible to work on-campus at the institution where they study without a work permit.

After your graduation, you will have the option of working not only in Canada but in countries all across the world as Canadian degrees are internationally recognized. The Canadian Government is known to have a friendly attitude towards international students and provides them with ample opportunities to live and work in Canada after they complete their studies.


Through the ‘Post – Study Work Permit’, international students in Canada can easily continue staying in Canada after their graduation for a maximum period of up to 3 years even if they do not find a job immediately. You should apply for a post – graduation work permit within 90 days of receiving your final results.


However, it is important to keep in mind that the chances of you getting a good job in Canada after your graduation primarily depend on your personal traits, ability and qualities as well as the reputation of the academic institution you have graduated from apart from your field. A good student with strong communication skills is likely to find a job irrespective of the current demand for new workers in his/her field.